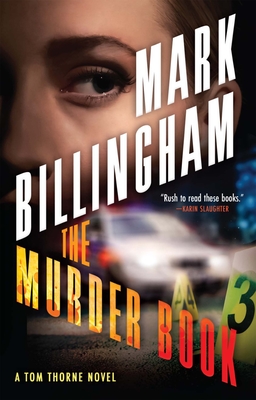 This is book number 18 in the Di Tom Thorne series.

The latest thriller from internationally bestselling author Mark Billingham finds Tom Thorne settling into a newly content existence, but a spate of brutal murders sets him off on an investigation that may just shatter every happiness he has builtTom Thorne finally has it all.In Nicola Tanner and Phil Hendricks, Thorne has good friends by his side. His love life is newly reformed by a promising relationship and he is happy in the job he has devoted his life to.As he sets off hunting the woman responsible for a series of grisly murders, Thorne has no way of knowing that he will be plunged into a nightmare from which he may never wake. A nightmare that has a name. Thorne's past threatens to catch up with him and a ruinous secret is about to be revealed. If he wants to save himself and his friends, he will have to do the unthinkable.Tom Thorne finally has a lot to lose.

Mark Billingham has twice won the Theakstons Old Peculier Crime Novel of the Year Award and has also won the Sherlock Award for Best Detective Novel Created by a British Author. His books, which include the critically acclaimed Tom Thorne series, have been translated into twenty-five languages and have sold over six million copies. He lives in London.