She Ain't The One (A Man's World Series) (Paperback) 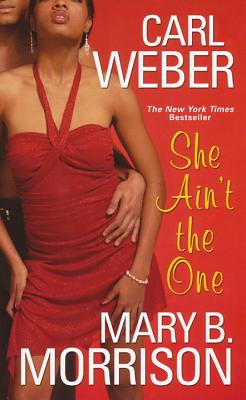 Carl Weber is the New York Times bestselling author of The Preacher's Son, So You Call Yourself a Man, Something on the Side, Up to No Good, Big Girls Do Cry, Torn Between Two Lovers, and She Ain't the One. He is the Publisher and Editorial Director of Urban Books and CEO of Urban Books Media, which is currently producing films based on several of his bestselling novels. He lives in Long Island, New York, with his family. His Web site is carlweber.net.

New York Times bestselling author Mary B. Morrison believes that women must shape their own destiny. Born in Aurora, IL, and raised in New Orleans, LA, she took a chance and quit her near six-figure government job to self-publish her first book, Soulmates Dissipate, in 2000 and begin her literary career. Mary is the originating founder of Healing Her Hurt, a nonprofit that helps women recover from abuse. In 2006 she sponsored the publication of an anthology written by 33 sixth-graders. In 2010 and 2014, Mary produced a play based on her novel, Single Husbands, which she wrote under her pseudonym, HoneyB. Her wonderful son, Jesse Byrd, Jr., is the owner of Oiseau.co, lives in Dubai, and is writing novels for young adults. Mary currently resides in Atlanta, Georgia. Visit Mary HoneyB Morrison on Facebook @therealmaryb, Twitter @marybmorrison, Instagram @maryhoneybmorrison, and at MaryMorrison.com.