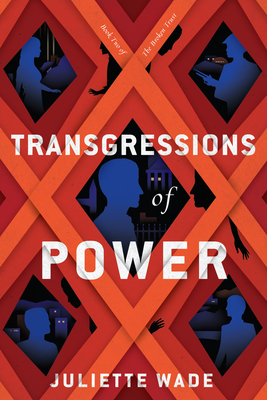 This is book number 2 in the The Broken Trust series.

Now in paperback, the second book of The Broken Trust continues a deadly battle for power in this sociological sci-fi novel where brother is pitted against brother.

To marry into the most powerful family in Varin is to step into a trap. Della has spent thirteen years under the scrutiny of Pelismara's political elites, supporting Tagaret in a dangerous pretense as his brother Nekantor's closest ally. In secret, however, they've planned to escape, and to break down the restrictions of Varin's caste society. When Nekantor offers to send them to Selimna, the city where their caste experiments can be carried out, how can they not accept the opportunity?

But ever since Nekantor seized power as the Eminence Herin's Heir, he's wanted to keep power in the family, and that means his eye is on the children--especially their thirteen-year-old brother Adon. In their absence, Nekantor begins to execute his own long-schemed plan, and soon Della realizes they've unwittingly become a part of it. How far does Nekantor's influence spread? How much will he seek to control? And how can she save Adon from falling into his snare?

Juliette Wade never outgrew of the habit of asking "why" about everything. This path led her to study foreign languages and to complete degrees in both anthropology and linguistics. Combining these with a fascination for worldbuilding and psychology, she creates multifaceted speculative fiction that holds a mirror to our own society.

Praise for Transgressions of Power

“The first book in this series was awesome, but Transgressions of Power is even more breathless, more intense, more packed with emotion. This is sociological sci-fi filled with genuine heart.” —Beth Cato, author of Breath of Earth

“Wade expands Varin from the claustrophobic confines of the deteriorating elite Grobal caste to the brilliant and perilous planetary surface, to other cities and other levels of society. Beloved characters from the first book are joined by a cast of fascinating new figures with minds and destinies of their own.” —Deborah J. Ross, author of The Seven-Petaled Shield

“With an enthralling, grab you by the throat plot, a charismatic—and mysterious—cast of characters, and a fabulously original setting full of secrets, Transgressions of Power is everything I’d hoped it would be and more. Juliette Wade’s Broken Trust series just keeps getting better. Don’t miss this!” —Julie E. Czerneda, author of the Web Shifter’s Library series

“Wade's world is one you can taste, smell, hear, and touch. It's been a long time since I read science fiction this immersive, and the intricate political clockwork of the beginning builds up to a satisfying avalanche at the conclusion.” —Marie Brennan, author of the Memoirs of Lady Trent novels