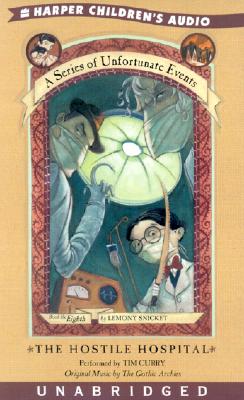 The next instalment in the A Series of Unfortunate Events collection.

A word from Lemony Snicket ...

Before you throw this awful story to the ground and run as far away from it as possible, you should probably know why. This is the only one which describes every last detail of the Baudelaire children′s miserable stay at Heimlich Hospital, which makes it one of the most dreadful books in the world.

There are many pleasant things to read about, but this story contains none of them. Contained within are such burdensome details as misleading newspaper headlines, unnecessary surgery, an intercom system, anaesthesia, heart-shaped balloons, and some very startling news about such things.