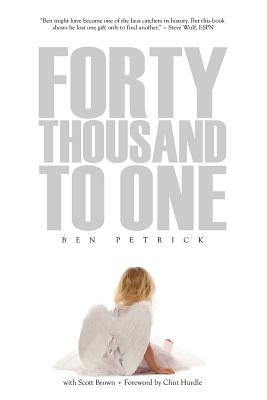 What if I told you that a decade ago, one of the greatest baseball prospects of his era was hitting home runs off Hall of Famers while hiding Parkinson's disease? What if I told you this is not the most amazing part of Petrick's story? When he signed a big-league contract, baseball executives and scouts uniformly predicted he would be the Rockies starting catcher for a decade. 'Think Buster Posey with speed, ' says Pirates skipper Clint Hurdle, who managed Petrick in Colorado. 'He could have been one of the best catchers ever.' When he was called to the majors, Petrick didn't disappoint, hitting .323 over his first two seasons, with 11 homers off the likes of Randy Johnson. What no one knew at the time was that after his rookie season, Petrick was told he had Parkinson's, the same diagnosis his father received just seven months before. Four years later, Petrick quietly disappeared from the game. A man destined for fame and fortune was instead receiving disability as his wife went back to work full-time, leaving Petrick as primary caregiver for their infant daughter. With his physical capacity growing more diminished by the day, Petrick resolved to undergo a radical surgery to improve the life of his family. Petrick's soul-stirring journey, which he first recounted on his wildly popular blog called Faith In The Game and now in 40,000 to One, has earned him worldwide acclaim as an author and speaker, with some citing his book as one of the greatest sports biographies of all time. Says legendary baseball writer Steve Wulf of ESPN: 'Ben could've become the best catcher in baseball, and maybe one of the best in history, until Young-Onset Parkinson's robbed him of his physical abilities. But clearly he lost one gift only to find another.' Baseball America calls 40,000 to One 'An inspiration for all, ' and beloved columnist and author Sharon Randall says, 'Ben writes with a kind of honesty and grace that both breaks your heart and makes it soar. He makes me want to not just be a better writer, but a better person. Never maudlin and truly inspiring, Ben and his book are a treasure.' World Series MVP Scott Brosius calls 40,000 to One 'a must-read. Powerful, inspiring and challenging on every level, ' while Rockies GM Dan O'Dowd calls it 'A courageous and brilliantly told book.' Petrick's celebrated work has managed to transcend the sports genre, with no less than Microsoft CEO Steve Ballmer saying, 'There are moments in this book that take your breath away. What the world will know once they've read 40,000 to One is that Ben's baseball success was prologue to what he was really meant to do in life: reveal a better way to those of us whose lives spin wildly at times.' 40,000 to One marks the arrival of an astonishingly bold and riveting author whose story seems destined to touch the hearts of millions, much as crossovers from the sports genre like Mitch Albom's 'Tuesdays With Morrie' and Arthur Ashe's 'Days of Grace' have in the past. With priceless wisdom on every page, Ben Petrick's 40,000 to One is a debut work that demands to be read, passed on and celebrate.

A native of Hillsboro, OR, Ben Petrick was taken by the Colorado Rockies in the second round of the 1995 draft. He was rated as one of the top 100 prospects in baseball from 1997-1999, when he started at catcher in the All-Star Futures Game at Fenway Park alongside Josh Hamilton, Alfonso Soriano, Mark Mulder and Lance Berkman. That September, Petrick was called to the Major Leagues, finishing the season hitting .323 with 4 HR and 12 RBI in just 19 games. Ben experienced his first symptoms of Parkinson's disease in Fall 1999, and was diagnosed with "Parkinsonism" in May 2000. Ben still managed to play four more big-league seasons for the Rockies and Detroit Tigers, while largely keeping his diagnosis a secret. Ben experienced more on-field success in 2000, hitting .322 with 3 HR and 20 RBI in 52 games; however, his performance started to slide in 2001, and he was traded to Detroit in mid-2003. Only when he retired in 2004 did he announce publicly that he had Parkinson's disease - the same disease with which his father, Vern, had been diagnosed just seven months prior to Ben. Ben returned to Hillsboro, marrying longtime girlfriend Kellie Starkey, and moved onto the same street where his parents and brother lived. He eventually became primary daytime caregiver to his daughter, Makena, while Kellie taught third grade. With his Parkinson's symptoms growing worse, in December 2009 Ben elected to undergo a risky and invasive procedure known as Deep Brain Stimulation. Infection that resulted from the surgery nearly killed him. Still, Ben courageously underwent the surgery a second time a year later, this time emerging with miraculous results, as his Parkinson's symptoms were lessened to a great degree. Today, Ben is again active in baseball, coaching at Glencoe High and providing private instruction. He is an advocate for Parkinson's research, traveling the country to speak at various events that benefit the cause. Ben is also founder of Faith In The Game (www.faithinthegame.tumblr.com), a blog containing written submissions by prominent athletes of faith. He lives in Hillsboro with his wife and two daughters.