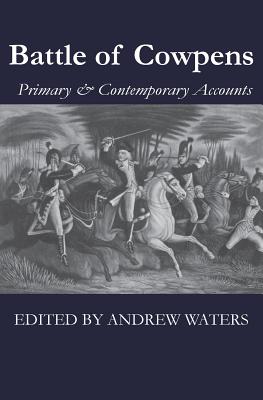 The Battle of Cowpens is considered to be one of the most important victories of the American Revolution. On January 17, 1781, Continental General Daniel Morgan led his ragtag army of Continental regulars and local militia into battle on a South Carolina cow pasture against a superior force of British Army regulars commanded by Banastre Tarleton. Thanks to Morgan's innate understanding of American frontier psychology, and a unique battlefield formation that has been called the only "original tactical thought" of the American Revolution, Morgan defeated Tarleton in a victory many historians believe eventually led indirectly to the British surrender at Yorktown. Battle of Cowpens: Primary & Contemporary Accounts collects for the first time in a single volume the correspondence and memoirs of the soldiers who participated in the battle. Included here are first-person accounts from both Daniel Morgan and Banastre Tarleton, as well as other soliders who participated in the battle from both the British and American sides. Also in this volume are several accounts of the battle written in the years directly following the event, along with correspondence from other principal actors in the American Revolution's "Southern Campaign," including Nathanael Greene, Charles Cornwallis, and George Washington. With an introduction by the editor, Battle of Cowpens: Primary & Contemporary Accounts takes the reader onto the field of this historic American victory with the soldiers who fought there.