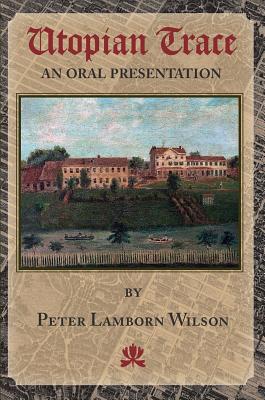 Literary Nonfiction. In the late 19th and early 20th century Peter Lamborn Wilson hosted The Moorish Orthodox Radio Crusade on WBAI-FM in NYC, where he would read his essays as Radio Sermonettes. One of these, Utopian Trails in Central Park, was thought lost until the publisher of Logosophia found some tapes he had made of Wilson's shows. UTOPIAN TRACE contains this essay, with Wilson's on air running commentary (in a green font), extensive updated notes (in maroon font), and dozens of color period and contemporary illustrations. The result is a kudos-proclaiming celebration of New York City's great and glorious Central Park, and those who created it, especially Frederick Law Olmsted, whom Wilson calls a hero of the people. In elegant, pulsing, yet economically descriptive sentences, Wilson presents and comments upon, a lengthy letter Olmsted wrote in July 1862, describing a visit to the North American Phalanx in New Jersey, an intentional community founded upon the aesthetic communitarian theories of Charles Fourier.