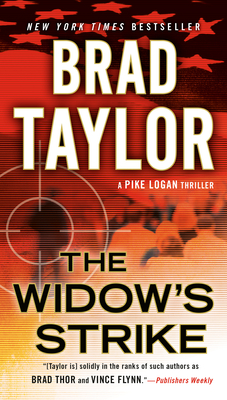 This is book number 4 in the A Pike Logan Thriller series.

Invented by nature and genetically manipulated by man, a highly lethal virus has just fallen into the wrong hands. Angered by sanctions placed against its nuclear program, a rogue state is determined to release the virus. The only thing standing in its way is the extralegal counterterrorist unit known as the Taskforce.

But as they follow the trail of the virus across Southeast Asia to the United States, the Taskforce soon learns that the enemy they face may not be the enemy they should fear...

Praise for The Widow’s Strike

“Don your hazmat suit, prop up your feet, and enjoy a good yarn.”—Kirkus Reviews

“Taylor, whose background in Special Forces gives his work undeniable authenticity, delivers another exciting thriller that the covert-ops crowd will relish.”—Booklist