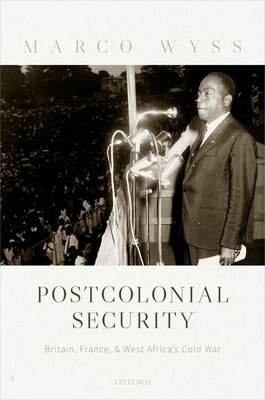 In light of the discrepancy between Britain's and France's postcolonial security roles in Africa, which seemed already determined half a decade after independence, this book studies the making of the postcolonial security relationship during the transfer of power and the early years of independence (1958-1966). It focuses on West Africa, and more specificially the newly independent states of Nigeria and C te d'Ivoire, which rapidly evolved into key players in the postcolonial struggle for Africa. Based on research in fourteen archives in Africa, Europe, and the United States, Postcolonial Security comparatively investigates the establishment of formal defence relations, the disintegration of the Anglo-Nigerian 'special relationship' and the Franco-Ivorian 'neo-colonial collusion', the provision of British and French military assistance to their former colonies and the competition they faced from West Germany and Israel respectively, and the Anglo-American partnership in Nigeria
and the Franco-American rivalry in C te d'Ivoire. It demonstrates that whereas Britain was rapidly and increasingly pushed out of and replaced in the Nigerian security sector by western competitors, France succeeded in retaining its military foothold and pre-eminence in C te d'Ivoire. Informed by postcolonial approaches, Postcolonial Security argues that while London's Cold War blinkers and Paris's neo-imperial agenda were part of the equation, the postcolonial security relationship was ultimately determined by the Nigerian and Ivorian elites, which in turn responded to their local and regional circumstances against the background of the Cold War in Africa.