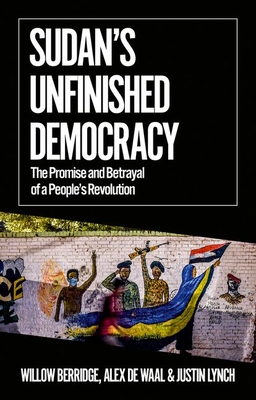 This book tells the story of the Sudanese revolution of 2019; of how it succeeded in bringing down the long-standing rule of President Omar al-Bashir; and of the troubled transitional civilian-led government that was installed in his place. It sets the scrupulously non-violent uprising in its historical context, showing how the protesters drew upon the precedents of earlier civic revolutions and adapted their practices to the challenges of the al-Bashir regime. The book also explores how that regime was brought to its knees through its inability to manage the intersecting economic and political crises caused by the secession of South Sudan and the loss of oil revenue, alongside the uncontrolled expansion of a sprawling security apparatus. The civilian protesters called for-and expected-a total transformation of Sudanese politics, but they found themselves grappling with a still-dominant cabal of generals, who had powerful regional backers and a strong hold over the economy. Internally divided, and faced with a deepening economic crisis, the civilian government led by Prime Minister Abdalla Hamdok has found itself in office, but with less and less real power, unable to change the conduct of political business as usual.

Willow Berridge PhD is a lecturer in History at Newcastle University. Alex de Waal is Executive Director of the World Peace Foundation. Justin Lynch is a writer and researcher living in Sudan.