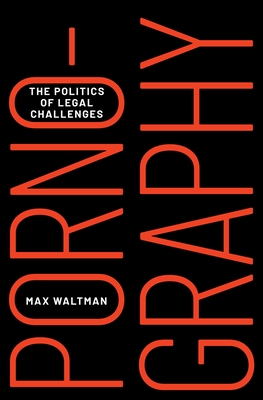 Pornography has long proven a polarizing and vexing subject in legal and feminist debates. Women's social movements have fought ferociously against pornography since the 1970s, emphasizing its contribution to violence against women. At least two to four of ten young men consume it three times
or more per week. The pornography industry exploits poor populations, who are multiply and intersectionally disadvantaged based on gender, race, or other vulnerabilities. A thorough analytical review of empirical studies using complementing methods demonstrates that using pornography substantially
contributes to consumers becoming more sexually aggressive, on average desensitizing them and contributing to a demand for more subordinating, aggressive, and degrading materials. Consumers are also often found wishing to imitate pornography with unwilling partners; many demand sex from prostituted
people, who have few or no alternatives. While the supporting scientific evidence of harm is growing exponentially, the politics of legal challenges to pornography still constitutes an amalgam of some of the most intractable, thorny, and adversarial obstacles to change. This book assesses American, Canadian, and Swedish legal challenges to the explosive spread of pornography within their significantly different democratic systems, and constructs a political and legal theory for effectively challenging the sex industry under law. The obstacles to this challenge are
exposed as more ideological and political than strictly legal, although they often play out in the legal arena. Legal challenges to the harms are shown to be more effective under legal systems that promote equality and when the laws empower those most harmed, in contrast to state-enforced
regulations (e.g., criminal obscenity laws). Drawing on feminist and intersectional theory, among others, this book argues that pornography is among the linchpins of sex inequality, contending that civil rights legislation and a civil society forum can empower those harmed with representatives who
have more substantial incentives to address them. This book explains why democracies fail to address the harms of pornography, and offers a political and legal theory for changing the status quo. These insights can be applied to other intractable problems associated with hierarchies, and will appeal profoundly to political theorists and those
invested in civil and human rights.

Max Waltman is a researcher at Stockholm University who has published on the politics of legal challenges to prostitution, sex trafficking, and pornography, including its association with gender-based violence and sex inequality. His scholarly work is comparative, centering on Canada, Sweden, theUnited States, and international law. It appears in Harvard Journal of Law & Gender, Political Research Quarterly, Michigan Journal of International Law, Women's Studies International Forum, Law & Inequality: A Journal of Theory and Practice, and Wisconsin Journal of Law, Gender & Society, as wellas in other publications. His op-eds have been published in the New York Times, Toronto Star, in Swedish newspapers, and various online news sites. Legislative bodies domestically and abroad have consulted him, and he works on policy initiatives with prostitution survivors and feminist groups.Waltman was previously a visiting researcher and fellow at Harvard University and the University of Michigan, Ann Arbor. He has received post-doctoral research funds from the Wenner-Gren Foundations in Sweden and was awarded the Sweden-America Foundation's Prince Bertil fellowship in 2016.